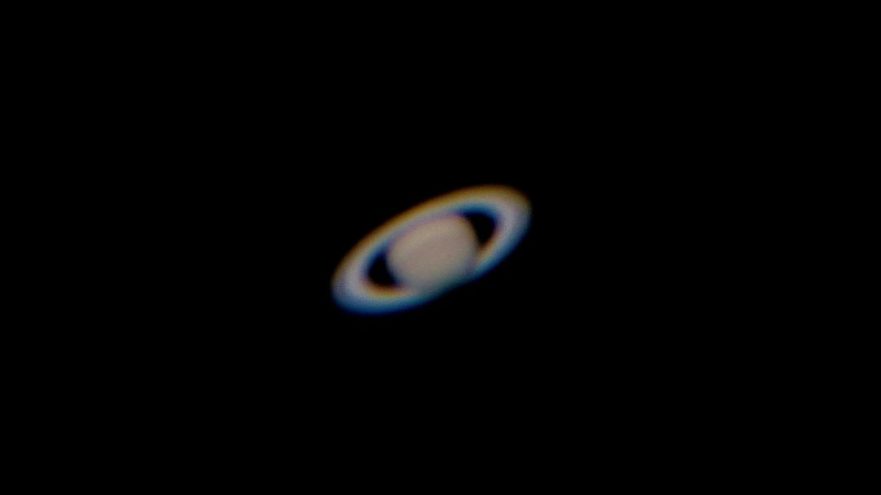 I was out in the kitchen cooking dinner this past Thursday midafternoon when the phone rang. It was Larry asking what I’m doing tonight? nothing, I replied It’s starting to get too damn hot to really do anything, Why what’s up? Well he proceeds to tell me that the Clear Sky Chart for the Observatory tonight is calling for the seeing to be a 5 out of 5! What? Yeah, they are calling for a 4 out of 5 up at M.R.O., and they are having some focusing issues, but I really don’t want to miss out on a 5 out of 5.

I told Larry look the weatherman is calling for some really high temps this weekend and the dome is going to become an oven, so with that in mind, I ask “what time do you plan on going up?” Larry proceeds to tell me that he wants to shoot Saturn because the video we got after the Open House last week wasn’t as good as he thought and really wants to capture it again, Well I tell him I would love to shoot Jupiter if it’s a 5 out of 5 and he could then take all the time he wanted to shoot Saturn. “Well”, I ask what time you plan on going, He says I will get you at 9:15 pm, OK I’ll be in the parking lot waiting for you.

So I gather up my DSLR and other accessories I’ll take with me and go out after dinner wait for Larry, well he’s a few minutes behind , and we make it up to the dome, security called , they come over and open up and up we go , locking the door behind us, Larry stops at the bottom ready to turn on the scope I go up and hold the hand controller and Larry fires up the power, I holler down “POWERS ON” So we proceed like normal, uncover the scope, open the dome and move it to the South, and there’s Jupiter , right smack dab in the trees, well I’m done, no Jupiter for me, so we both stood there and agreed to get his laptop all hooked up video camera in and ready to go , and slew the scope to Saturn and wait !!!

Finally Saturn appears and off goes Larry, seeing wasn’t a 5 out of 5 like they had predicted but it was a little better then what we had for the Open House, after Larry got his setting on the video camera adjusted, I look down and he’s capturing 69 to 71 frames a second, way better than what he got at the Open House I think that was 45 to 50, and way getting the focus perfect, but the green histogram line kept going past the others, so he goes back and adjusted that but tells me “it’s what you are looking at on the screen, it’s that is what you are recording”. OK, so after about 5 videos, Larry says to me “Go on and slap your DSLR on there and shoot a bunch”, OK, well Larry also pulled out his 2x barlow lens and puts in the nose piece and I hook my camera up and off we go.

We get Saturn centered in the F.O.V. and play with focus, and with us both saying back and forth little more this way, no go back, we agree on it and Larry says get about 50 shots, I’m not going to argue with that I’m just happy that I can walk home with something, Larry I the meantime had to run to his car and get a cable to power up his mouse because it was running low, so while he was doing that , I kept the planet centered and focused and just shooting one after another, Larry come s back up and want to look at a shot, so after the camera was done with the current one we pulled it up and went 5 times up and both of us just said “WOW, that’s great”, so he asked me how many you got so far, I said maybe 40 , Ahh keep going , I said “You Sure” he said yeah go for it, I just stood there clicking my remote , and finally what I thought was 50 maybe 55 I said to Larry, Hey I’m good you got it back, so I pack up my camera and get it put to the side and Larry looks out the dome and says, No we both are dome Now Saturn is in the trees, so after packing everything up we sat there for a few minutes shooting the breeze, well it’s time to cover the scope and wrap everything up, making triple sure everything is covered up, power off, dome closed and rotated to the East, which we need to put another letter “S” indicating South, because the one that was on the dome wall has fallen off and needs to be replaced, anyway off goes the lights, one last look close the door and off we go, I called Security about 12:25 am telling them things are good to go and off we went. All in all, it turned out to be a very good evening, yes it was hot as heck up there but in my opinion the seeing was probably a 4 out of 5, no wind if any at all but a good hot summer evening, and really looking forward to possibly a few more.

Thanks Larry for the phone call that started this evenings session, really enjoyable time…